After enduring multiple crises over the past three years, shares of aerospace and defense giant Boeing (NYSE: BA ) are finally presenting an attractive risk-reward proposition for investors, prompting some analysts to issue a buy call. 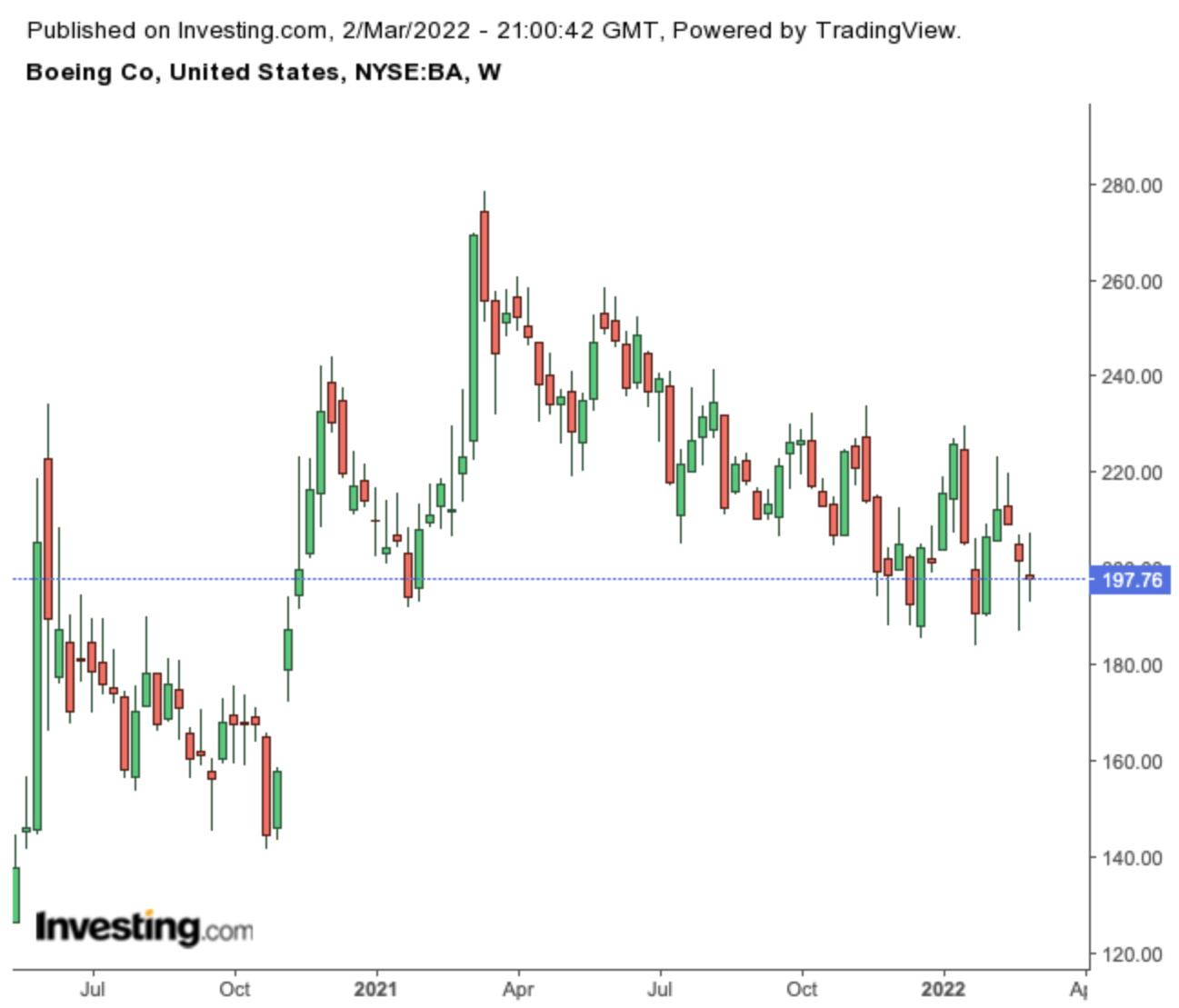 Moreover, Boeing is overcoming its safety and production challenges. In January, the Chicago-based company told investors that it expects to deliver more of its 737 MAX and Dreamliner jets this year. Indeed, in 2022, the company plans to double its 737 MAX jet deliveries to around 500.

The US's largest manufacturing exporter is also benefiting from a broadening recovery in the commercial jet market. Data shows that cargo traffic last year increased about 7%, exceeding 2019 levels. Furthermore, Boeing said it expected passenger traffic to return to pre-pandemic levels as soon as next year or 2024.

If that scenario plays out and the aviation company continues to make progress in resolving its manufacturing issues, its CFO, Brian West, expects BA's free cash flow to:

According to its last quarterly earnings report , Boeing stopped bleeding cash for the first time in more than two years—a period in which the company faced the full impact of the COVID-19 pandemic and grounding of its flagship 737 MAX aircraft globally after two fatal crashes.

According to JPMorgan, the stock's potential upside catalysts make it a smart buy. The bank's recent note to clients adds:

"There is a tendency to expect big jumps in BA, and that is a possibility, given the catalysts out there, but with tough work ahead for the company, we may be early and are prepared for a slog. Nevertheless, Boeing's position at the center of global air travel offers confidence that it will recover financially over time, and we believe risk-reward now skews favorably."

In addition, the shift toward greener travel and vehicles should be a long-term boost for Boeing, according to JPMorgan:

"Structurally, we see ESG as a tailwind for the new aircraft (OE) market over time, given that the main opportunity airlines have to reduce their carbon footprints for well over a decade is to replace older aircraft with MAXs, neos, 787s, A350s, and 777Xs."

On a similarly positive note, Wells Fargo raised Boeing to overweight from equal weight, saying that the company should see a stretch of good news in upcoming years.

"BA likely benefits from China 737 MAX recertification, resumption of 787 deliveries, higher fuel driving more aircraft retirements and easing international travel restrictions, each a matter of when rather than if in our view."

China's aviation regulator in December paved the way for the 737 MAX to return to the skies after almost three years of grounding, which started after the two deadly crashes of MAX planes within six months.

China Southern Airlines, one of the country's three biggest carriers, completed a test flight of the plane in late January. The Civil Aviation Administration of China (CAAC) expects airlines to resume commercial flights around the beginning of this year.

However, BA remains a risky bet in the short term despite these positive developments, especially after the Russia-Ukraine conflict, which promises to hurt airlines as fuel costs surge. If the conflict lingers, it will also dampen the global economic recovery, which is essential for airlines to feel confident about placing large orders for their fleets.

Boeing's slow and gradual return to normality indicates that it is in a better financial position than two years ago. If the company can sustain the current recovery, BA stock could overperform the broader market in the months ahead.

That said, its stock, which closed at $197.81 on Wednesday, remains a long-term turnaround bet for those who have the patience. There are still many risks that could derail this recovery in the short run.