It will be a big week, with a ton of economic data ramping up on Tuesday and then going into overdrive on Wednesday. Jay Powell will highlight the week on Nov. 30 at 1:30 PM ET.

I can’t imagine him being dovish, especially after reading through the Fed minutes last week. Based on those minutes, rates will be heading higher, and he will not lock himself into anything, especially with the CPI report due the day before the December rate announcement.

The other problem facing stocks is that the reserve balances stopped rising last week, and the Treasury only has a few weeks left to get the Treasury General Account up the $700 billion it has indicated it wants the account at by year-end. That means the TGA needs to rise by around $200 billion, which will drain liquidity off reserve balances. If that happens, reserves will probably fall back to their October lows, which was also in line with the S&P 500 lows.

The other problem for the market is that financial conditions for margin are again tightening. Rising reserve balances and easing financial conditions for margin have given stocks a powerful boost as they did in March and August. But if margin conditions continue to tighten and reserve balances drop, a lot of liquidity will be sucked out of the market between now and year-end. This has been a liquidity fuel market since the March 2020 lows, both up and down.

On top of that, we know Powell wants overall financial conditions to tighten, which will be a headwind. It is tough for me to be bullish going into year-end knowing all of these things. On top of that, we are seeing traders starting to think about tail risk again. The SKEW index had a big move higher last week. 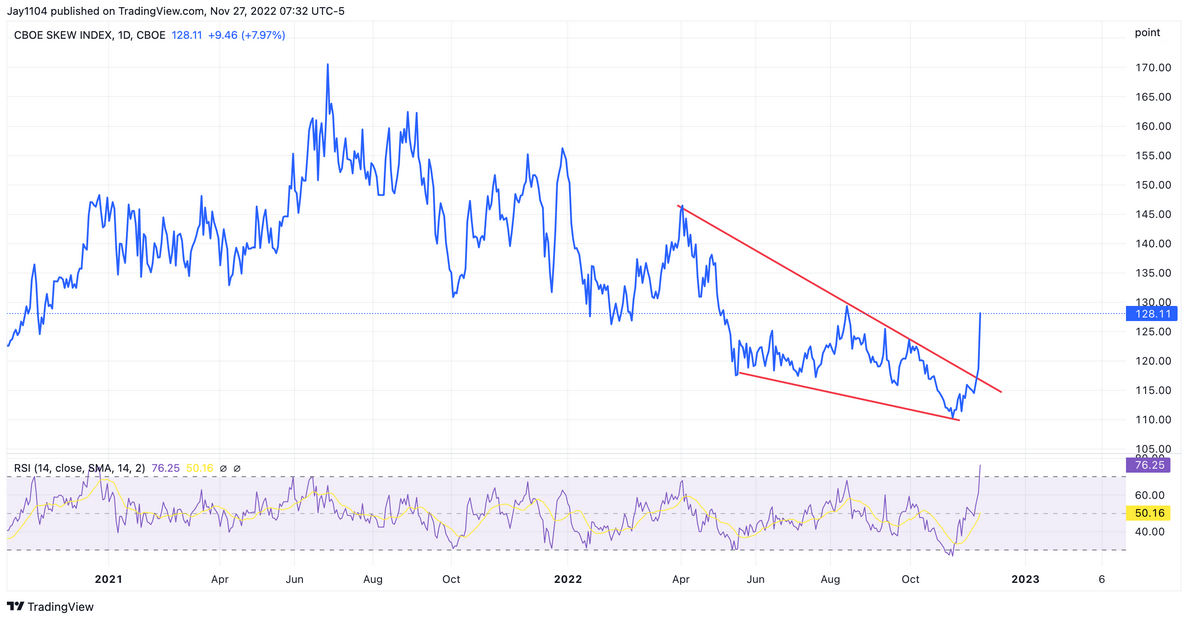 It couldn’t be a better time for traders to think about tail risk again, as hedging is now cheaper than at any point in the past year. The VVIX is near its lows and is also starting to creep higher. Suggesting that the implied volatility of the VIX is on the rise, and the more it rises, the more expensive it will be to put hedges in place. Thus, you are starting to see that process play out with the SKEW Index as traders reach for cheap out of the money protection. 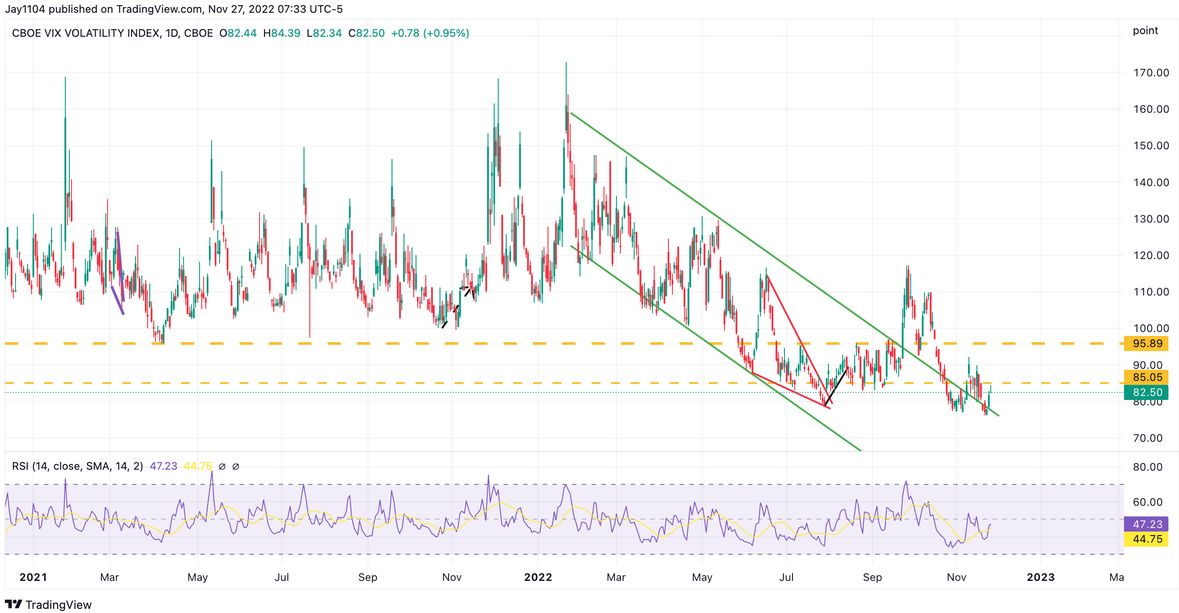 On top of that, we see that the spread between the spot VIX index and the 3-month generic VIX futures contracts is now -5.33. Historically, when that spread has gotten below -5, it has been associated with tops in the S&P 500, and that is where we are now.

Additionally, this still looks like nothing more than a corrective pattern in the S&P 500. 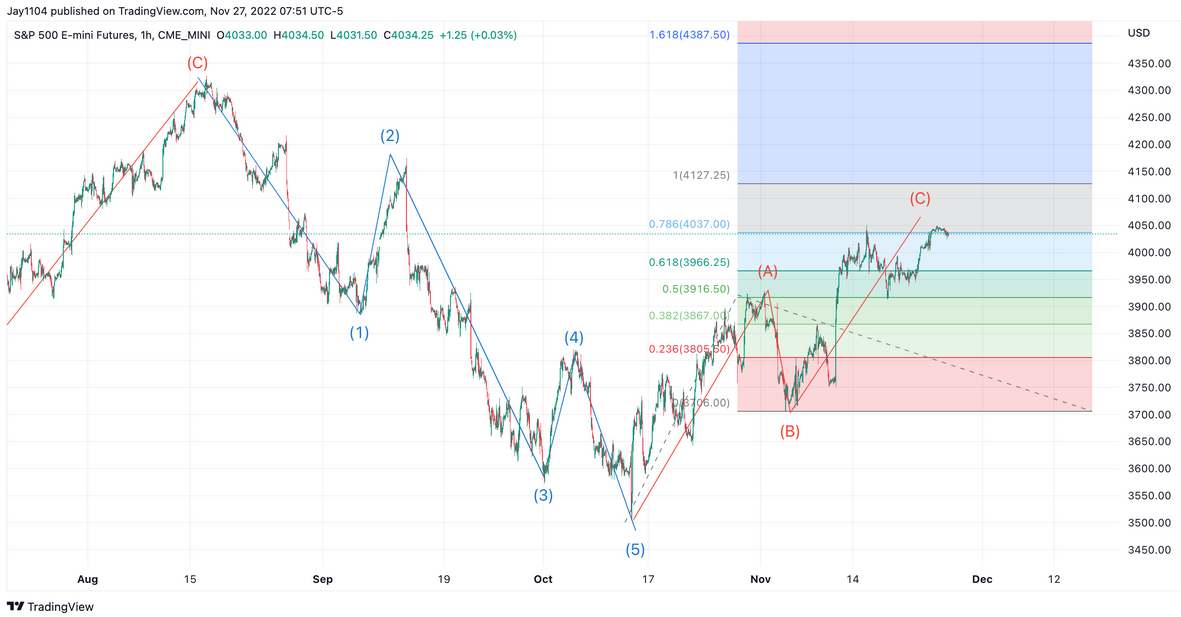 Also, there is still a diamond reversal pattern that is in the S&P 500 at this point, and the index is built on an unstable pattern. I still think the index is going to fill the gap at 3750 and potentially drop back to 3,600 if the TGA rises, as I expect. 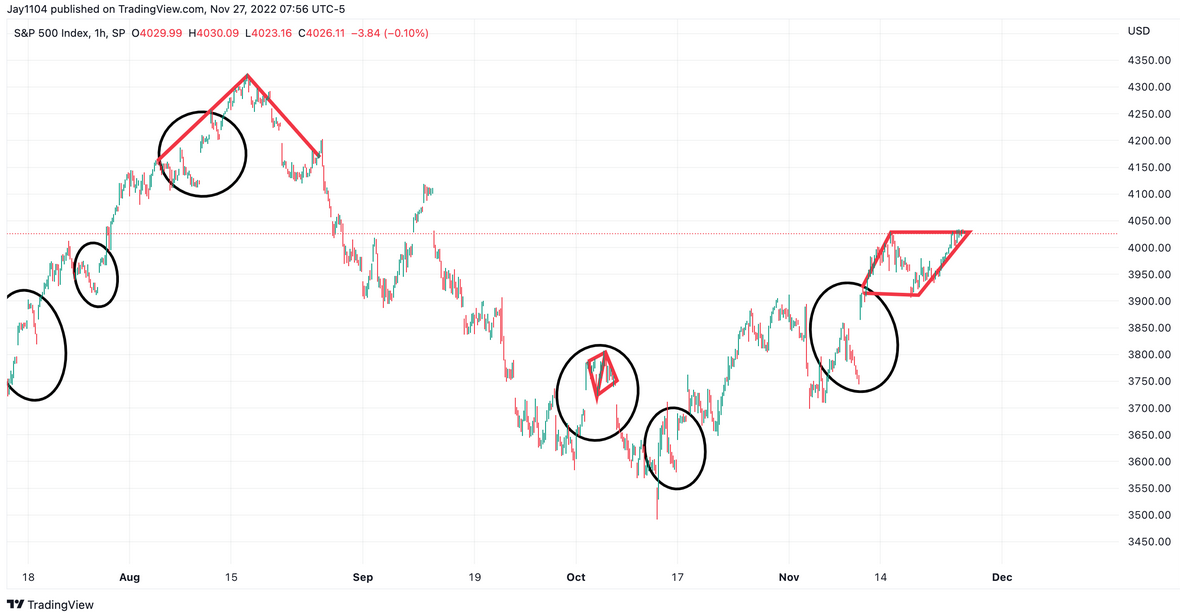 International Business Machines (NYSE: IBM ) has continued to rocket higher, and that rally appears to be nearing its end. The stock is forming a rising wedge, which tends to be a reversal pattern. It also has gaps to fill down to $146.75, $137.25, and $134.90 over the short term. 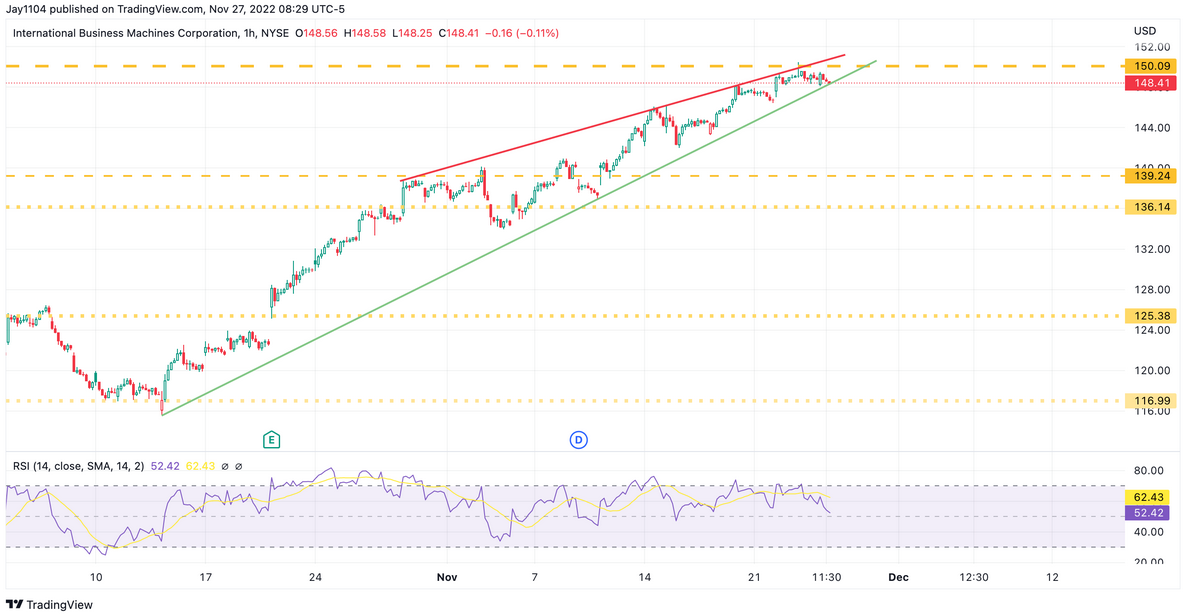 Goldman Sachs (NYSE: GS ) may also be near a reversal, with a potential diamond reversal similar to the S&P 500. The RSI is starting to slow and also appears to be rolling over. Again, we will see what happens here, but the stock has rocketed higher in what appears to be a rotation out of technology to some of these cheaper valuation names. 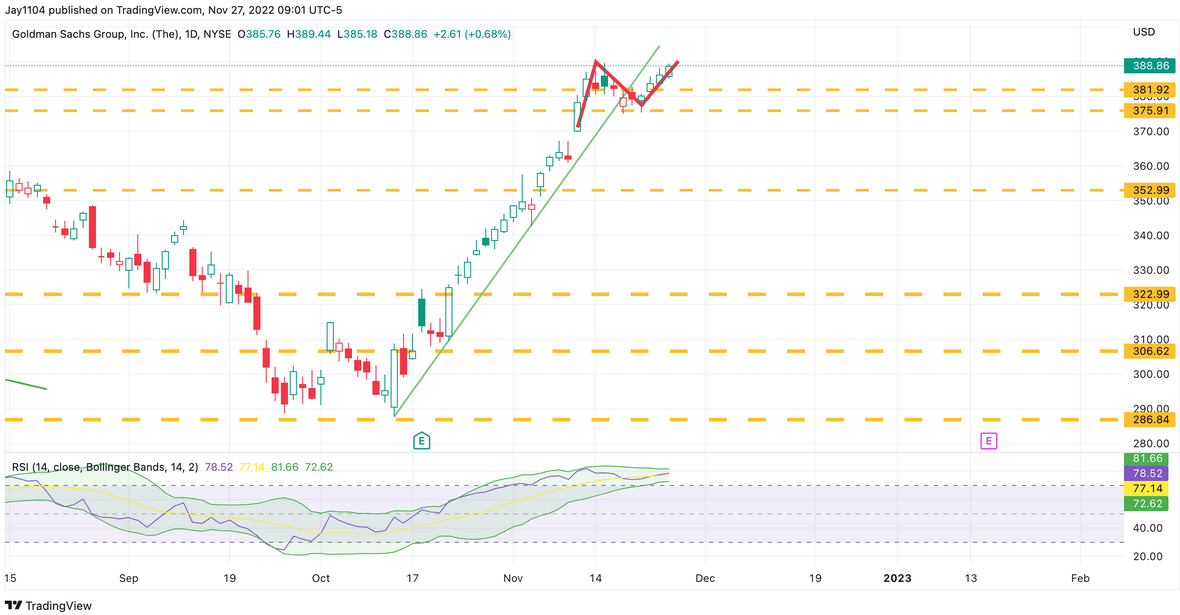 Caterpillar (NYSE: CAT ) shares have raced higher and have nearly eclipsed their all-time highs. The stock is now forming a double top and has an RSI that is diverging lower, suggesting the stock’s rally is running on fumes. It has a gap at $219 that is still yet to be filled, which is the first significant level of support. 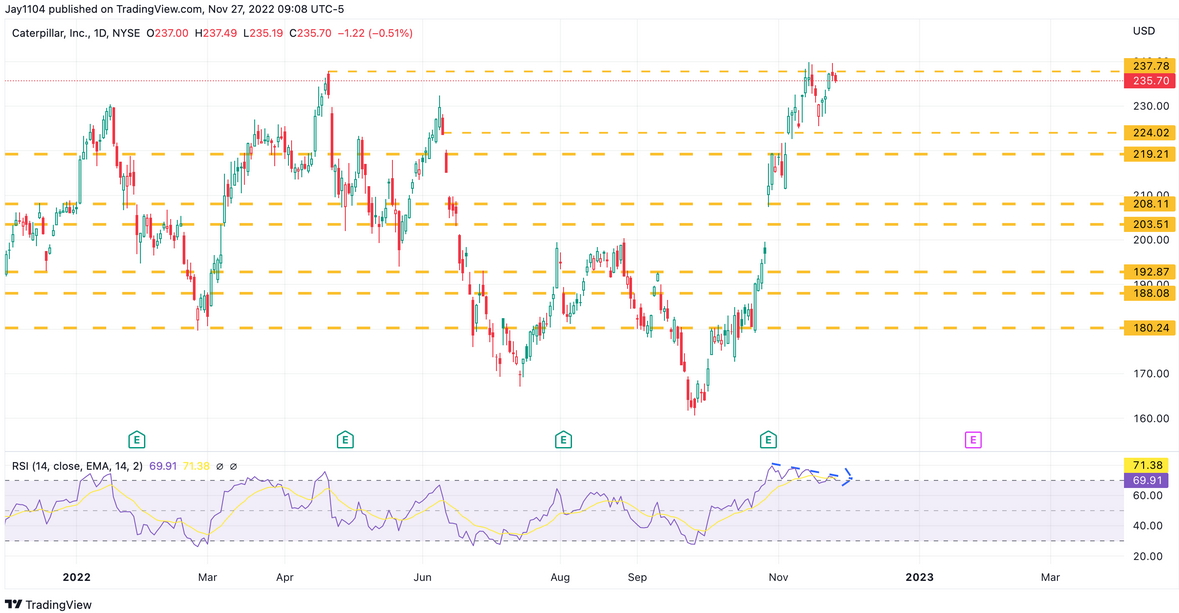