Bank Nifty is holding well below the 39000 mark as the indices produces a Doji on Friday. The indices had rallied through 39000, the Fibonacci 0.618 retracement early this week, and bears have managed to hold prices lower since then. Ideally, the structure remains bearish as traders prepare for the next week.

Bank Nifty is depicting a classic Elliott Wave pattern since hitting 41830 highs in December 2021. The drop between 41830 and 34000 was subdivided into five waves, carving an impulse. It has been marked as potential Wave 1.

Ideally, an impulse would be followed by a corrective wave in the opposite direction. The rally between 34000 and 39000 was a corrective zigzag a-b-c, marked as Wave 2 on the chart here. Also note that Wave 2 reached up to 61.8% of Wave 1, a common Fibonacci relationship. 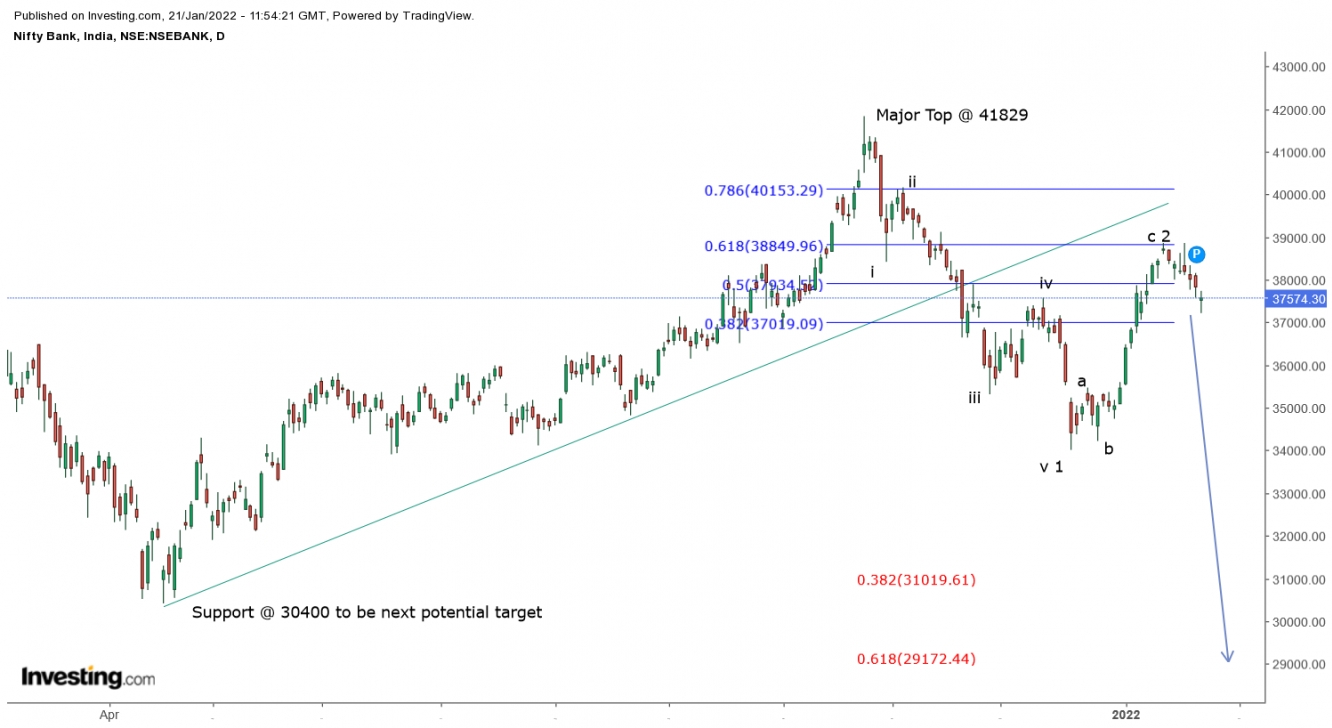 If the above structure holds well, Bank Nifty would ideally stay below the 41830 mark and turn lower from here in the near term. Looking at the counts, a Wave 3 could begin anytime soon as bears come back into play. Please note, the potential remains to test 40150 before reversing sharply lower.

Looking at the timeline, Wave 3 could reach below the 30400 mark in the next 4-6 weeks. The above targets highlighted on the daily chart could just be the beginning of a much larger correction. Traders might be preparing to initiate fresh short positions with a risk of around 42000 and a potential target below 30000 going forward.