It won’t be such a big surprise if Amazon.com (NASDAQ: AMZN ) shows signs of losing growth momentum upon reporting earnings tomorrow after the market close.

The combination of 40-year high inflation with tight monetary conditions has consumers and ad companies cutting back on spending, damaging AMZN’s margins.

Furthermore, since the end of the pandemic, the e-commerce giant has faced considerable weakness in its core e-commerce sales as shoppers stopped buying as many electronics or furniture to spare cash for outside eating, travel, and concerts.

In fact, retailers across the U.S. are cutting prices to clear a pile of inventories of goods that are no more in demand. Amazon’s decision to hold a second Prime Day shopping event this year signals that the online retailer may be dealing with similar issues.

Hurt by these headwinds, AMZN stock is down more than 30% this year, underperforming its large-cap tech giants, including Apple Inc (NASDAQ: AAPL ) and Microsoft Corporation (NASDAQ: MSFT ). 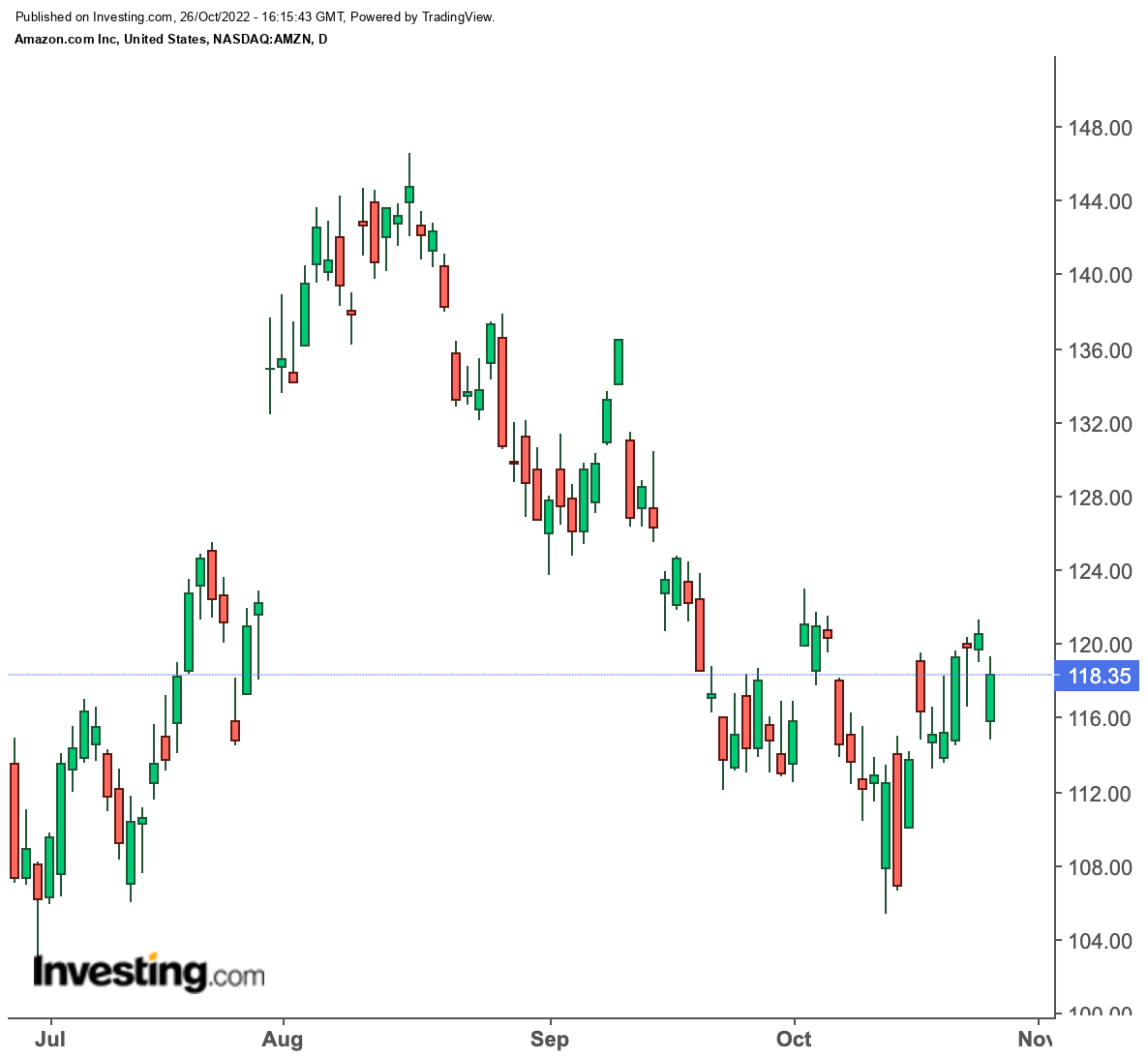 While these pressures will continue to hurt the company this year and likely the next, there is no reason for investors to abandon AMZN stock. A weak period is generally the best time for innovative companies like Amazon to strengthen their market share further.

Revenue for Amazon Web Services grew 33% in the second quarter, while its advertising business, for which the company recently began breaking out financial data, grew 18% during the same period. According to Synergy Research Group, the company now has 34% of the almost $55 billion market for cloud infrastructure services.

In a note to clients today, JPMorgan reiterated Amazon as overweight, saying the giant is “well positioned for long-term growth” heading into earnings on Thursday.

Amazon’s leading position in many areas in which it operates is the main reason that most Wall Street analysts rate its stock a buy. In an Investing.com poll of 54 analysts, 49 rate the stock as a buy, with their consensus 12-month price target showing a 44% upside. 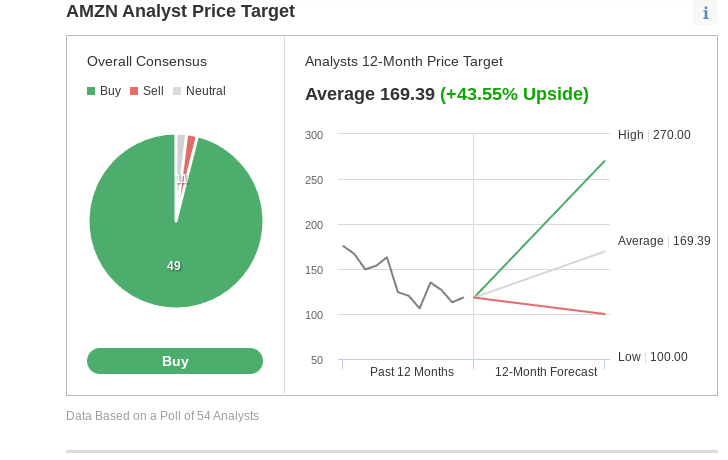 Of course, owning Amazon still comes at a price, even though the stock has gotten cheaper this year. Currently, AMZN trades for 50 times the earnings projected over the next 12 months. The Nasdaq 100 , by contrast, has an average multiple of about half of that.

Still, betting on the company has been hugely profitable for long-term investors, with its stock surging about 900% during the past decade.

Amazon stock may show more weakness after it releases its latest earnings report tomorrow. That slump shouldn’t be a reason to feel pessimistic about the company’s future, given its dominance in e-commerce and explosive growth in its cloud and advertising businesses.

Disclosure: At the time of writing, the author is long on AMZN, AAPL, and MSFT. The views expressed in this article are solely the author’s opinion and should not be taken as investment advice.