The FOMC meeting on Sept. 22 seemed to hold plenty of hidden surprises. The first surprise to many was the strong language from Powell at the press conference that QE would soon begin to wind down. The next surprise were the forecasts of a rate hike in 2022 and as many as four hikes by the end of 2023. Most of the markets have responded correctly, with the dollar surging and yields rising.

The yield curve has shifted rather dramatically, with rates all across the curve rising from 2-years out, with a significant increase in the 2-year bill, which has now climbed by nearly eight basis points (bps) to roughly 30 bps. Meanwhile, the 5 , 7 , and 10-year rates have increased by 16 bps and more. 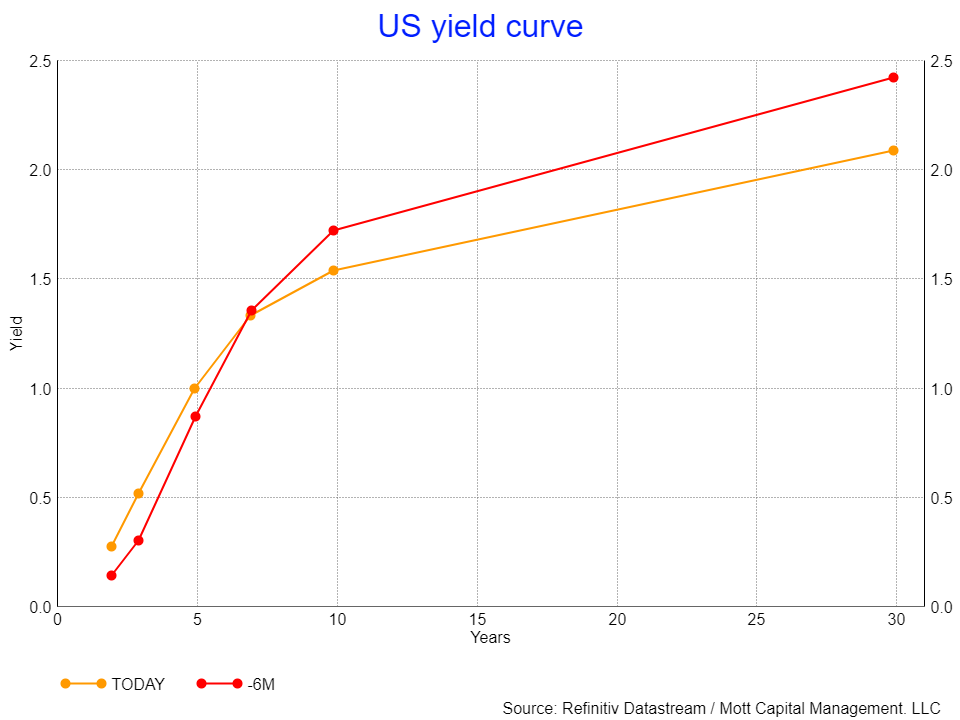 It is a subtle but momentous change because the front of the curve is now rising, while the long end of the curve is not increasing fast enough. It is the bond market's way of suggesting that there will be a much more hawkish Fed in the future but for an economy that is likely not to grow nearly as fast.

The dollar index appears to confirm the view of the yield curve, surging to its highest levels since the fall of 2020. It make senses for the dollar to strengthen if the Fed ends QE and shorter-term rates rise. It seems that the dollar is also preparing for a more hawkish Fed down the road. 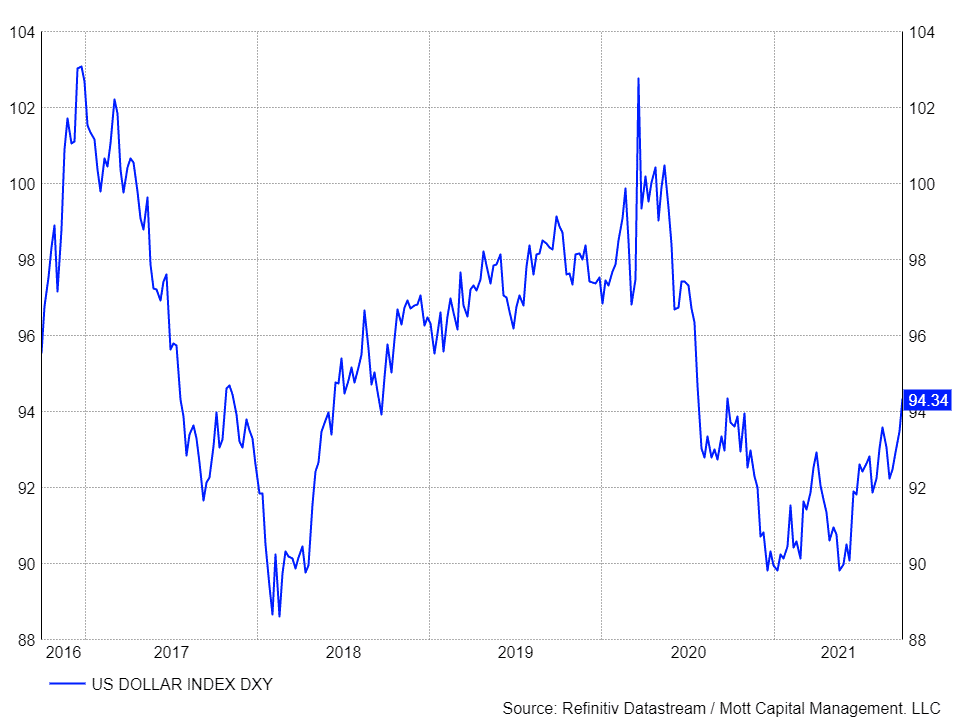 The equity market appears to be unprepared for this paradigm shift. The S&P 500 's valuation is still at historically high levels, with the index trading around 20.5 times its next-twelve-month earnings estimates. While the PE ratio had come down from its peak of 23.5 in September 2020, it is still extremely high compared to historical levels. Over the last ten years, the index has had an average ratio of 16.6, and over the previous 20 years, it has averaged 15.7. The only period that replicates the current market multiple is that of the late 1990s.

The valuation for the S&P 500 indicates the market is still expecting an ultra-accommodative Fed and solid economic growth. The yield curve suggests the exact opposite. The equity market appears it may finally be starting to catch on to this idea, with the index about 5% off its highs, but the multiple of the market suggests there is still a lot more downside risk to come. 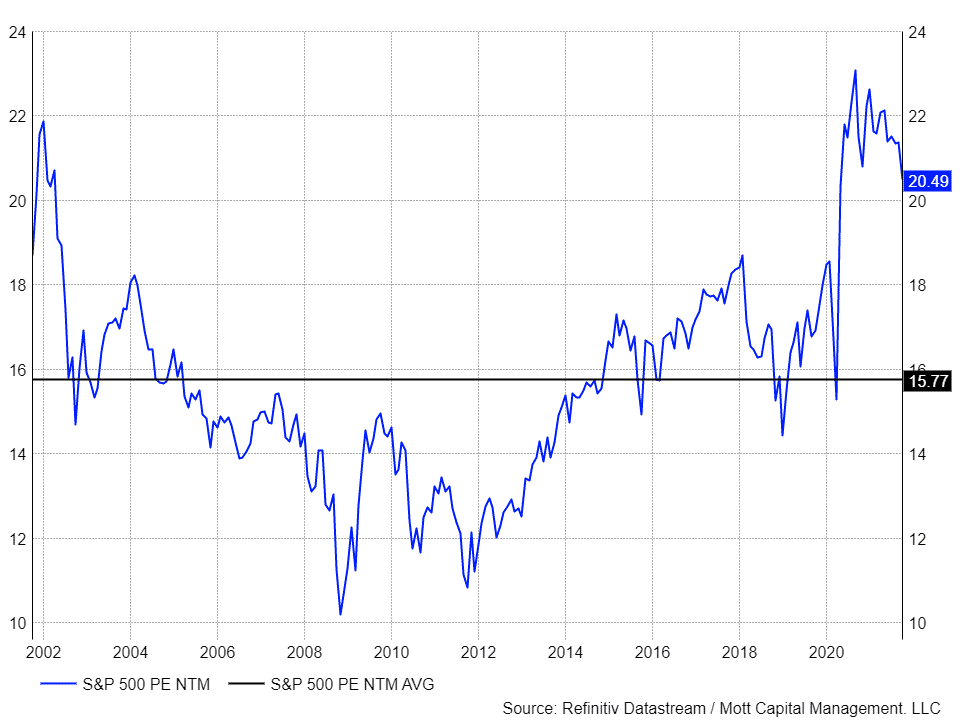 On top of that, it would seem natural for the equity market to resist a change in monetary policy from the Fed, especially one of this magnitude. The same scenario happened in the fall of 2018 when the Fed was on a course to continue raising interest rates. The market fought back against the Fed's monetary stance, and in the end, the equity market won.

Rising bond yields and a strong dollar will signify that equity prices need to fall, and the more they increase, the more conviction the market has towards a more hawkish Fed. Throw in some slowing GDP growth, and this has the making for a 2018 like equity market melt-down.